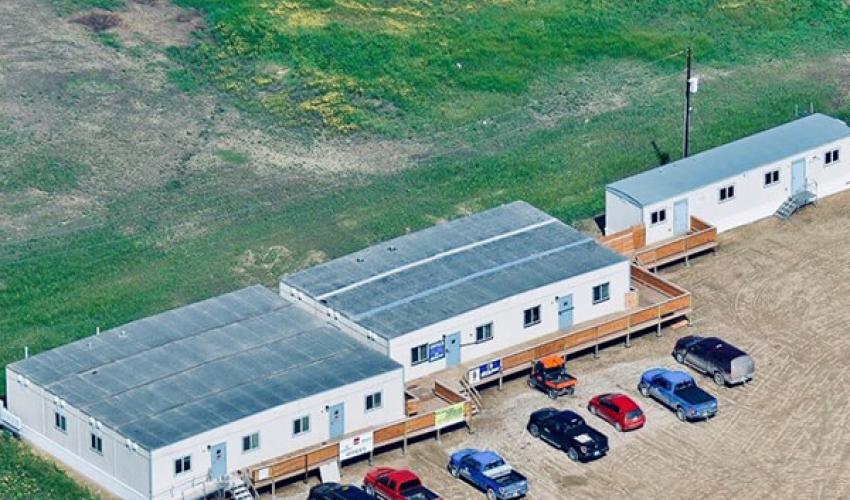 Williston, North Dakota, the epicenter of the Bakken shale boom, has experienced exponential growth over the last decade. Technological advances in oil and natural gas extraction industries, including horizontal drilling and hydraulic fracturing, have contributed immensely in the quest of energy independence for our country. “Boomtown, US” was in desperate need of a new airport to support increased air traffic. Those of us flying in and out of Williston can attest to that!

In conjunction with the FAA, the City of Williston and State of North Dakota began construction of a new $240 million airport to meet the regions burgeoning needs. The Williston Basin International Airport (XWA) will replace the current Sloulin Field International Airport (ISN) later this year. XWA was the first brand new airport started in the country since 9/11.

As the new airport nears completion, Mobile Modular (formerly Design Space Modular Buildings) is pleased to have assisted with this project, which remains “On Time and On Budget.”