What’s Up With The Construction Industry? – Changing Policies And Their Impact 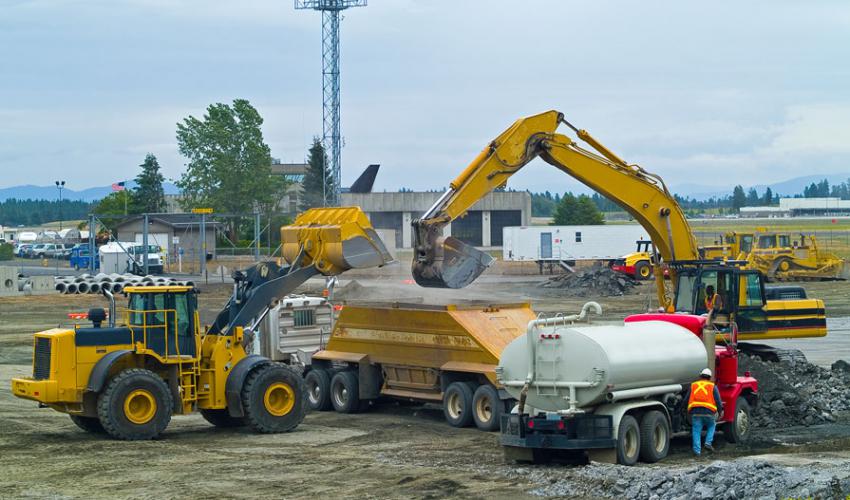 It seems like the job growth and economic expansion in 2018 for the United States has left Americans feeling enthusiastic that it will continue to grow. The economic growth in the second quarter of 2018 increased by 4.2 percent with the United States gross domestic product exhibiting a healthy 3.5 percent growth rate during the third quarter.

This past September, there was a 3.7 percent recorded rate of joblessness, which is the lowest it has been in nearly 50 years. The construction industry has been contributing to this by continuously adding jobs (nearly three times that of the economy’s rate), with the demand for construction projects projected to be on the rise.

Although these factors seem promising, the evolving ecosystem and changing policies have brought a measure of concern in the construction industry as well.

The recent executive orders signed, the "Buy American and Hire American" policy and the Tax Cuts and Jobs Act, could affect the construction industry. One of the aspects of the “Buy American and Hire American” executive order is it restricts the ability for United States’ employers to recruit foreign labor, specifically holders of the H-1B visa. The Tax Cuts and Jobs Act aims to reduce tax rates for businesses and individuals. It is currently unclear whether the U.S. construction industry stands to benefit or suffer from this strategy at all.

The possible impact of 'Buy American' on construction is that some of these policies meant to raise the economy could end up raising costs. Immigration reforms could affect which workers are able to work, and if vital workers are unable to work or are deported, while other workers aren’t able to come in, it could adversely impact the $1 trillion infrastructure plan.

The recent economic expansion has been partially driven by the Tax Cuts and Jobs Act, which included a decrease in the federal corporate income tax rate from 35 percent to 21 percent. U.S. employers have added an average of 210 thousand jobs a month in the past year, but even with unemployment at a low point, there are still consistent labor shortages in the construction industry. It continues to be challenging to find skilled workers in the short term - especially as construction spending and demand for workers increases. If these laws are enforced more, the demand may continue to increase, which could lead to the likelihood of an even bigger labor shortage in construction.

About one-third of the 100 million tons of steel, and more than 90 percent of the 5.5 million tons of aluminum used each year by the U.S. is imported. According to the Bureau of Economic Analysis, 6.9 million Americans work in manufacturing and 10.1 million work in construction, which adds up to about 17 million Americans working in industries that use domestic steel.

The proposed 25 percent tariff hike on steel and a 10 percent tariff increase on aluminum are likely to affect the construction industry, which uses this material for beams.

Trade may not look like the biggest factor that determines the price or quality of construction, but changes in the U.S. trade policy can affect the price, quality, and selection of certain building materials that are often imported from other countries, like lumber and drywall. On the top of the list of affected items is softwood lumber. Used to make two-by-fours and to construct the framing of the walls, it is both imported from Canada and produced in parts of the United States.

Though the overall impact of some of the policies on the construction industry looks unclear, the economic expansion brings with it a demand for construction. An alternative construction method – modular construction - still continues to be the promising option, mainly due to shorter construction times, reduced requirement for labor, streamlined manufacturing processes and less material waste.

The underlying impact is due to the time and money saved with shorter build times.

How are modular buildings the answer?

At Mobile Modular, we offer a wide variety of temporary and permanent modular buildings with unique floor plans, configurations, options and accessories to suit your needs.

If you are looking for a solution that offers great value, contact us today.